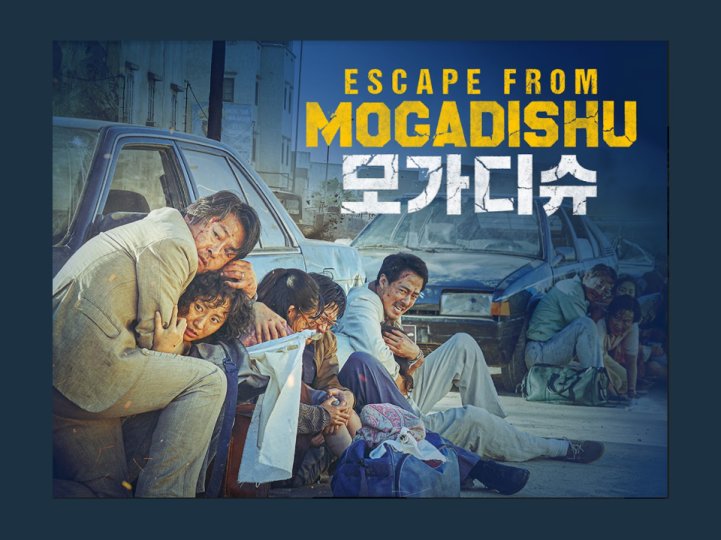 Dramatically constructed based on actual events: when civil war explodes in 1991 between rebel factions and Somali government forces under dictator Mohamed Siad Barre, rival North and South Korean diplomats are trapped in the capital city, surrounded on all sides by what would emerge as some of the deadliest fighting of the conflict. With no aid from either Korean government—and no means of communicating with the outside world—the diplomats’ only shot at survival may require uniting with bitter adversaries to escape.

ESCAPE FROM MOGADISHU won an impressive six awards (out of 10 nominations) at the 30th Buil Film Awards, including Best Film and Best Screenplay (Ryoo Seung-wan, Ki-cheol Lee). The film received the most nominations of any film this year. In addition, the Korean Association of Film Critics Awards named Ryoo Seung-wan Best Director, plus awarded the film trophies for Best Supporting Actor (Huh Joon-ho), Best Cinematography (Choi Young-hwan), Best Music (Bang Jun-seok) and it made the list as one of the Ten Best Films of the Year.