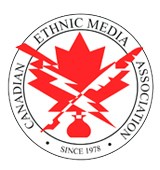 The Canadian Ethnic Media Association (CEMA) celebrated its 40th Anniversary on November 9, 2018 with the presentation of their prestigious awards for recognizing journalistic excellence among its national members.

This year, Fairchild Radio's, Alexandra Gerson, was recognized for the popular radio segment, "Freedom of Expression", offered both online as well as on the air during "Russian Voice" heard Monday to Friday on 96.1 FM Fairchild Radio.

Russian Voice serves as an informative channel in reaching out to the large and diverse Russian community of the Greater Vancouver area. The program broadcasts local, national, and international daily news. It further provides information on culture, tradition and entertainment stemming from the perspective of the Russian population.

Congratulations to Alexandra and the Russian Voice Team!